Development of the ring

The person behind the idea and the developer of the knit ring, is a man who knits! Out of all the people of the world who do knitting, the majority of them are women, but it also needed a man! The argument for knitting women is that maybe men are lazier and therefore invent ways to make the work easier, that must be the reason! The knit ring will make it easier to knit patterns with three colours/threads. It will also save time, because the problem with twisted yarn is no longer a thing.

As all the moving of threads takes place on the front of the knit ring, the threads hanging on the back will never change places, which prevents the tangling of threads/yarn skeins. The man behind the knit ring wanted to knit a sweater for his cohabitant. Some of the parts on the sweater had a pattern with five colours. He tried to knit with different knitting rings that were already on the market, but was not happy with the functionality of any of them. He thought long and hard about how this could be fixed in a simple way and eventually came up with the idea for the Knit ring

He was fairly certain that the idea would work. He took a trip to the local Biltema, where he purchased an exhaust hose, two aluminium rings in different sizes and a clamp. These, together with some glue and a wooden stick was how the first knit ring was made. The functionality was there, but it was not pleasant to knit with. He decided to develop the idea some more and contacted an acquaintance who helped him develop the first 3D-model of the ring. The hope was that the ring would feel better to knit with, but that did not happen.
In any case, it was decided to apply for a patent on the idea. With good help from Fredrik Marthinsen at Bryn Aarflot, the application was written and submitted. The result could not have been better. Jon Audun Thorsen received an approved patent for his invention. 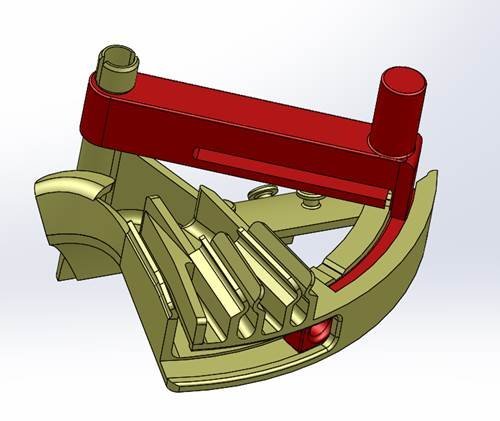 Jon Audun Thorsen had known about an innovation company, Cody AS, which focuses on production. Cody, v/Bjørn Haugseter was contacted and the work of designing the ring was underway. The strategy was to design a ring that could be used for knitting with three threads at the same time. Haugseter came up with several ideas for how the functionality of the ring should be. The picture shows the first design. Pavels Innovation was the next step in achieving the goal of creating the perfect design for the knit ring. This company has special expertise in the design of rings that can be molded in plastic. A lot of work was done with the design, but the result was still not a ring that felt comfortable to knit with. It was better than the rings Jon Audun had tested before, but not good enough.
The process continued and the next version felt much better. In the end, they were left with a product that felt good, was easy to knit with and looked good.
The first production of the knit ring will be delivered in mid august 2021.

4. How the knit ring works 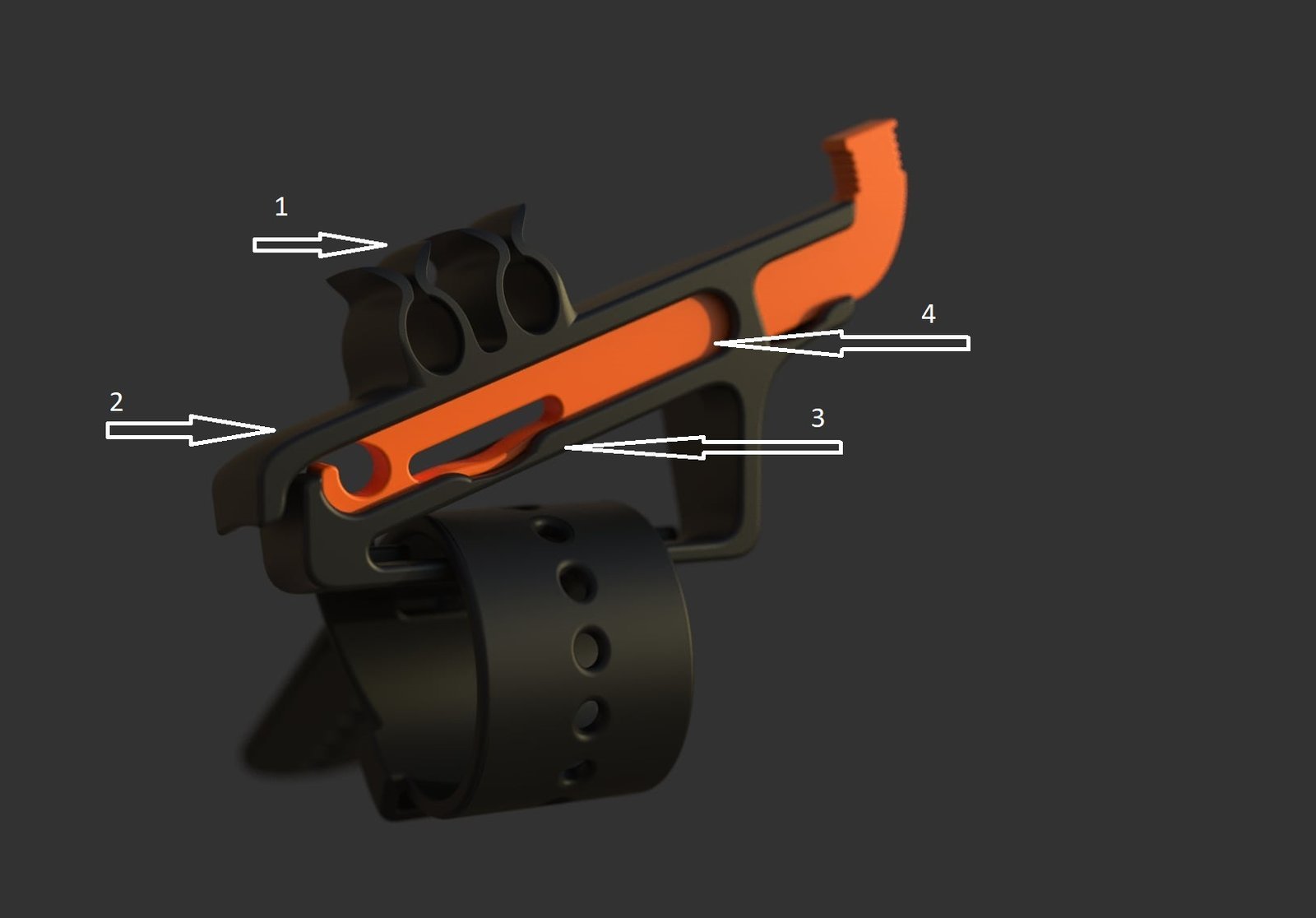 1. The two top threads (colors 2 and 3) are easily placed into the grooves on the top of the ring.

2. The main color is placed in the orange hole. To thread the thread, lift the lid over the slider and place the thread in the hole.

3. It is important that the slider holding the main thread does not move when knitting. The arrow shows the mechanism that ensures that it does not happen. This applies both when moving the slider to the right and to the left.

When putting the ring on your finger, do not have the threads on top of your finger, but at an angle to you. This means that the threads remain almost the same as they are when you are not using the knit ring.

The first edition of the knit ring is for a pattern with three threads, but there is also a version for five threads under development.

A left-handed version is also being worked on.

We are constantly looking for new solutions and want feedback and suggestions from our customers/knitters.
If you have a proposal for a new solution, get in touch via the form below. What kind of ring do you want us to design?